“Only by going alone in silence, without baggage, can one truly get into the heart of the wilderness. All other travel is mere dust and hotels and baggage and chatter.” –John Muir in a letter to his wife Louie in July 1888

“Because Muir was THE California mountain man, Roosevelt embraced him as a fellow advocate of the strenuous life.  Muir’s philosophical concept of God as being found in nature likewise earned Roosevelt’s approval.  They were joined at the hip in both regards.”

“This is the one day of my life and one that I will always remember with pleasure. . .  amid the pines and silver firs in Sierrian solitude, in a snowstorm, too, and without a tent. . .I passed one of the most pleasant nights of my life.  It was so reviving to be so close to nature in this magnificent forest.”

~Theodore Roosevelt, on spending a night in Yosemite with Muir, 1903

“Lying out at night under those giant sequoias was lying in a temple built by no hand of man, a temple grander than any human architect could by any possibility build, and I hope for the preservation of the groves of giant trees simply because it would be a shame to our civilization to let them disappear.  They are monuments in themselves.”

~T.R., speech in Sacramento after camping with Muir, 1903

“I had a perfectly glorious time with the President and the mountains.  I never before had a more interesting, hearty, and manly companion.”

“Camping with the President was a memorable experience.  I fairly fell in love with him.” 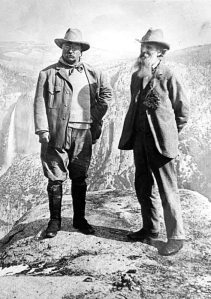 Selected Dates and Events in the Life of John Muir

My First Summer in the Sierra (Selections)

Selections from the Meditations of John Muir (2001) 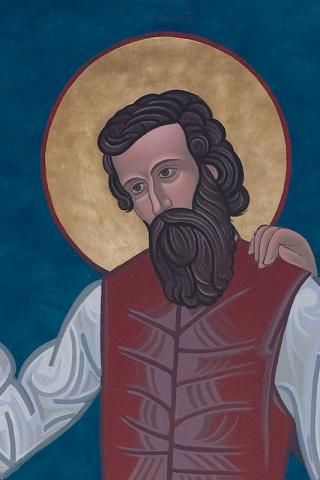